On Thursday 6th December members of the Group attended the funeral of Ronald Maddox, who died on the 14th November. Ronald will be remembered as a long-serving President of the RI and for his many years of committee work for the FBA and the AGBI, but less well known is the fact that he was a member of the Wapping Group for over fifty years, having been elected in 1966. Ronald had a very recognisable style, a delicate, almost miniaturist sense of line and watercolour work, and will be much missed. 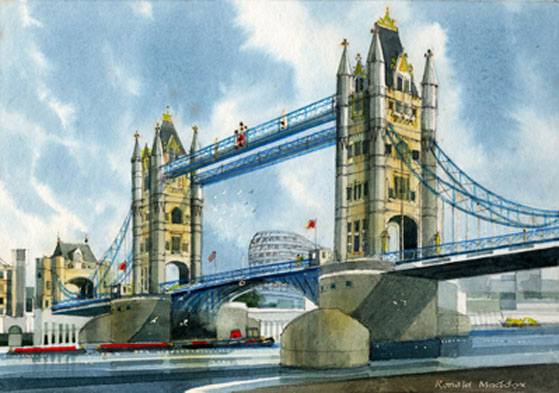